Parent planning: we shouldn’t be allowed to choose our children’s sex 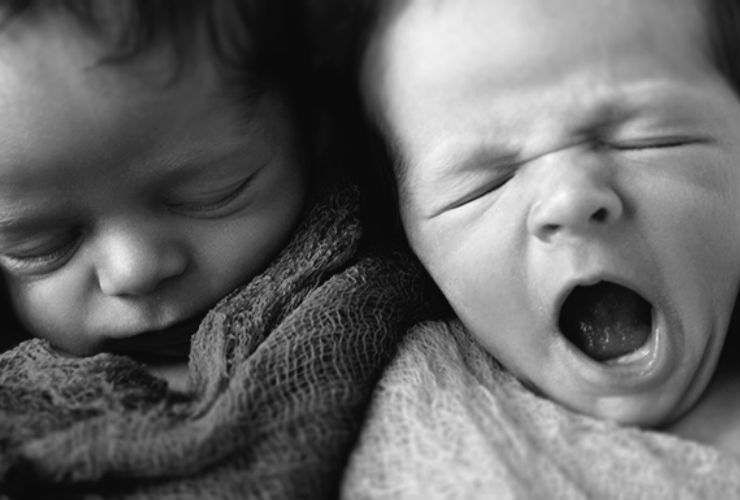 Using sex selection to prevent medical complications associated with a particular sex is already permitted. Given this, why might parents seek non-medical sex selection? It seems clear to me the primary reason is not to select the child’s sex, but his or her gender.

According to the World Health Organisation, sex is defined by biological and physiological characteristics such as genitalia and chromosomal makeup. Gender, on the other hand, refers to “the socially constructed roles, behaviours, activities, and attributes that a given society considers appropriate for men and women”.

Most parents will not desire a male or female child in the sense of their genitalia. Rather, they will want a child who fulfils socio-cultural definitions of ‘boyhood’ or ‘girlhood’. This is problematic because it assumes our sex determines our adherence to gender-based social norms and behaviours.

At best, acting on assumptions which are not evidence-based is bad science. Yet in this case, gender assumptions also have very serious repercussions within society. Assumptions and stereotypes regarding how each gender should be, act, excel at and strive for, underlie the sexism that pervades our societies.

As such, sex selection is a product of, and perpetuates, false assumptions about gender that keep men and women “in their places”. This prevents progress towards equality and freedom from restrictive gender roles and bias.

Sex selection is a product of, and perpetuates, false assumptions about gender that keep men and women “in their places”.

For children, it means a narrower rather than a more open future. It also tacitly sanctions the sort of bullying that “tomboys” or “sissies” experience when children dare to transgress gender norms. For adults, it means a step backwards to perpetuating bias and discrimination.

With this in mind, we can see why some of the frequent arguments in favour of non-medical sex selection are unpersuasive.

Consider family balancing. Prospective parents who seek to undergo sex selection for “family balancing” don’t seek to have a variety of sex chromosome or genitalia in the household. Rather, they seek to have a child who espouses the attributes, behaviours, activities and roles typically associated with the opposite gender of the children they already have.

“Family balancing” thus relies on the same gender stereotypes and assumptions as any other form of non-medical sex selection. For this reason, sex-selection for family balancing is unethical and not assuredly successful. By perpetuating stereotypical notions of gender it validates unwarranted expectations in parents, which children will then have undue pressure to fulfil.

A similar case arises if parents were to tragically lose a daughter (for example) and seek to replace her with a child of the same sex. Presumably, the parents did not enjoy parenting a daughter because she had female sex organs. Rather, they likely enjoyed parenting her because of her attributes and behaviours, the activities she took part in or enjoyed, or even the clothes they felt they could dress her in.

All of these factors have the potential to be present in a son and they are not guaranteed in a daughter. The only barrier to realising this is social bias. If the parents truly understand that each child is different, it becomes hard to explain why the parents seek to undergo the trouble and expense of sex selection.

If the parents truly understand that each child is different, it becomes hard to explain why the parents seek to undergo the trouble and expense of sex selection.

Parental autonomy is often said to justify sex selective procedures. The idea being if parents prefer, or believe they will be better parents to one sex over the other, they should have the right to choose.

In cases where a family has children of both sexes, this belief will affect parents’ relationships with children of the non-preferred sex. If a mother believes only a daughter can facilitate a particular kind of relationship, her prejudice will sever the possibility of having such a relationship with her sons.

In this light, one can see that the gender assumptions which drive sex selection can actually make parents feel deprived of certain parenting experiences. Yet as there is in fact no reason to feel this way, these assumptions about gender curtail the autonomy of both parents and children.

Free of unfounded assumptions, parents may be freer than they realise to form the relationships they desire with children of either sex. This knowledge is freeing for both children and parents.

The wishes of intending parents should not override the need to respect the child who will be born. This is even more the case when those wishes are based on gender stereotypes and assumptions which have no scientific basis.

All children have a right to a maximally open future and this right is curtailed when parents expect their children to act according to a narrow set of gender norms. The stronger the parental preferences to have or avoid a child of a particular gender, the more likely those expectations will harm the child.

Only parents with particularly strong prejudice are likely to undertake such an invasive, risky and expensive procedure. As such, the risk to the child’s right to self-realisation and self-determination is even greater. As a result, the need to uphold their rights is even stronger.