The Importance of Feeling Authentic on Antidepressants 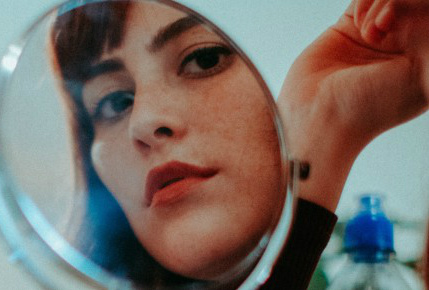 Our society and popular culture assumes we have a “real self” and emphasises the importance of feeling true to it – feeling authentic. My study of women diagnosed with major depression or bipolar disorder suggests that how you feel about your “real self” when taking antidepressants can influence whether you choose to stay on them, or choose to take them in the first place. For some, this issue can be even more important than their effectiveness.

This finding suggests that when tailoring treatment options for those diagnosed with depression, the question of how authentic the patient feels when taking antidepressants is important enough to be discussed in the doctor’s office.

We need to feel we have control over our emotions, thoughts and behaviours in order to feel like our “real self”

Some recalled that they feel less authentic on antidepressants – that even if they feel better, they feel it is the medication, not themselves, in control of their emotions, thoughts and behaviour. One such individual was Wendy*, who explained: “[The antidepressant] completely alters the way you think and behave and everything and that’s so disturbing […] The medication wasn’t me […] Okay yes of course that was me, but it was altered by an outside agent, so I wouldn’t count that as me.”

Women like Wendy decided to stop using antidepressants despite how helpful they were in improving their mood. Some avoided antidepressants altogether and sought alternative treatment options for the same reason. For such women, it was not enough to feel better. They needed to feel like their “real self”, but couldn’t do so if they felt it was the drug pulling their strings.

In contrast, some felt more authentic on antidepressants. They felt that their medication restored the control they once felt over their emotions, thoughts and behaviours. In other words, they felt the drug allowed them to pull their own strings again. For such people, antidepressants corrected a problem and in doing so, brought them back to their “real self”.

Others felt that whether depressed or not, whether on or off antidepressants, they are always their “real self” because they retain some sense of control over their emotions, thoughts and behaviours in all these states.

Despite their diversity, the common thread underlying these responses is that it seems we need to feel we have control over our emotions, thoughts and behaviours in order to feel like our “real self”. In other words, when it comes to feeling authentic, it doesn’t seem to matter whether the individual is depressed or not, or on or off medication, but whether she feels a sense of autonomy. Without a sense of autonomy, she cannot feel authentic.

This idea may seem intuitive to some but, until now, the more common way of thinking of this relationship among philosophers has been that autonomy arises from authenticity – that the extent to which we have autonomy depends on the extent to which our actions reflect our “real self”. But the women I spoke with seem to say that at least when it comes to feeling authentic, the relationship goes the other way around.

When it comes to prescribing practices for doctors treating depression, this finding takes on a special significance. If, for some, feeling like their “real self” is even more important than an antidepressant’s effectiveness or its side effects, then doctors should discuss it with their patients. It may not be an issue for everyone but if it is, it could mean the difference between a treatment plan that a patient is happy to try or to continue with, and one she is not.