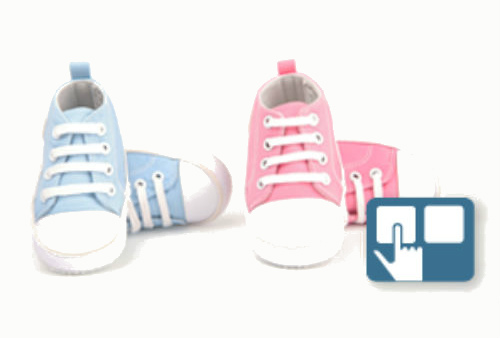 On April 20, 2017, the National Health and Medical Research Council (NHMRC) finally released its long-awaited revision of the Ethical Guidelines on the Use of Assisted Reproductive Technology in Clinical Practice and Research. We breathed a sigh of relief that it decided to maintain its ban on sex selection for non-medical reasons.1 However, those reading the guidelines may well be left confused, as the reasoning behind the decision seems ethically vacuous, mired in contradictions, and bereft of scientific evidence. We wish to clarify the primary argument against sex selection, as the message being sent to society by government policy on this issue can either pave the way for progress on gender equity or entrench sexism.

The NHMRC states that it “saw merit in permitting access to [assisted reproductive technology] activities to select the sex of a human embryo prior to embryo transfer to introduce variety to the sex ratio of offspring within a family” (NHMRC 2017, 128). At the same time, the NHMRC also states that it “does not endorse, nor wish to perpetuate, gender stereotyping, or cultural or personal biases based on biological sex” (NHMRC 2017, 71). The latter is the strongest statement against sex selection in the guidelines. The NHMRC’s majority view is that sex selection to introduce variety in the sex ratio of certain families is ethical, whereas in other circumstances it constitutes “family design” and is not ethical. However, it provides no further explanation for this view or the logic behind its calculations of family sex ratios that would and would not constitute “family design.” It is also hard to see, no matter a family’s sex ratio, how sex selection does not endorse or perpetuate gender stereotyping.

If we examine the reasons why Western parents wish to select the sex of their child (from studies in the United Kingdom, the United States, and Australia), they centre on a desire for a certain kind of bond or parenting experience that some parents believe they can only, or would be much more likely, to enjoy with a child of a certain sex. For instance, these parents presume that a girl would be more caring and nurturing, closer to her family, interested in shopping, dancing, playing with dolls, and so on (Arnold and Kuo 1984; Goldberg 2009; Hammer and McFerran 1988; Hendl forthcoming; Sharp et al. 2010). These are all gender stereotypes, and the problem is that not only are children not guaranteed to fulfil these stereotypes, but we do not have sound evidence to support the assumption that there are biological causes behind these stereotypes—an assumption known as gender essentialism.

In other words, when prospective parents wish to use sex selection, there is a biological determinism at play that conflates sex (biological characteristics such as sex chromosomes or genitalia) with gender (the roles, attributes, and behaviour that society typically associates with boys/girls and men/women). If we do not have good scientific evidence to support the notion that by selecting sex one is also selecting gender, then we have a discrepancy between why parents are seeking the technology and what the technology can actually deliver.

This, in turn, means that unless parents really are pursuing sex selection because they want a variety of sex chromosomes, genitalia, or secondary sex characteristics in their home, then what they are after is not “variety in the sex ratio,” as the NHMRC describes, but variety in the gender roles, attributes, and behaviours—i.e., a child who fulfils the gender expectations typically associated with the sex that is “missing” from the family. This is problematic for at least four reasons:

Let’s have a closer look at the second point—that the desire for “variety in gender” is grounded in gender essentialism. The notion underlying this type of sex selection is that it benefits families because “gender variety” offers richer experiences to all family members. But does selecting children of “different sexes” to fit into predefined gender roles achieve that?

Sex selection for “gender variety” does not aim to promote individual uniqueness or diversity. Parents select a child of “the opposite sex” because they expect that the child will be essentially different from their existing children and complement them. Hence, the notion of a family with “variety in gender” is based on the assumption that there are two kinds of children—masculine boys and feminine girls—and that they stick to a screenplay delineated by stereotypical binary gender roles as they grow up.

The lack of gender variety and richness of experiences in a sex-selected family becomes even clearer when we realise that sex selection does not assume any space for transgender, gender diverse, or gender non-specific children. Strikingly, the NHMRC guidelines also use a language that seems to assume that every child is born clearly male or female (as if children with intersex variations do not exist) and will identify with the gender assigned to them at birth or even before they are born.

This places unnecessary restrictions on children, parents, and the parent–child relationship. Gender assumptions limit both a parent’s imagination and a child’s opportunity to have the full scope of possibilities and relationships, unlimited by gender. Children who do not satisfy their parents’ gender expectations can face parental disappointment or pressure to conform to their assigned gender role. As a result, the parent–child bond can crumble.

This is why we wish to stress that while the NHMRC highlights that states and territories can pass legislation allowing sex selection, we urge them not to do so. To allow sex selection for non-medical reasons would be to endorse gender essentialism—a big step backwards for gender equity and for the flourishing of parents and children.