Tamara Kayali argues for the need for ethical guidelines surrounding the care of people with dementia in Canada. 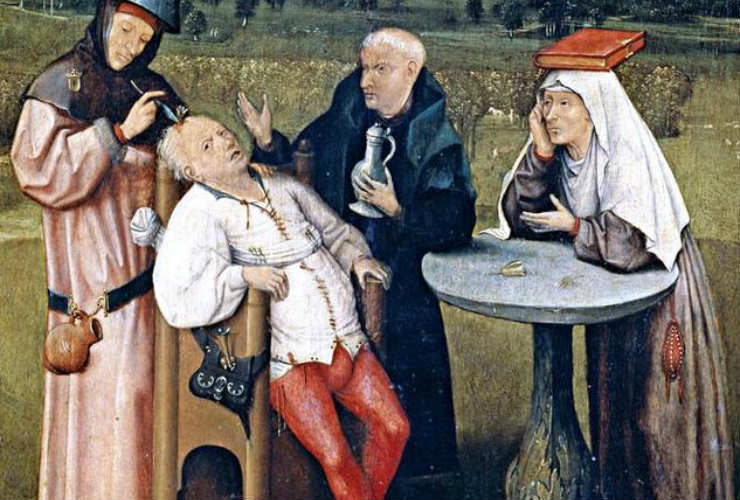 There are many ethical issues that clinicians currently face in relation to dementia care, and, if I were a clinician, it would be especially useful to have some guidelines available on what to do.

That is why, when the latest version of the Canadian Consensus Conference on the Diagnosis and Treatment of Dementia came out in January 2013, I had expected that, alongside updates to the diagnosis of dementia, there would also be insights on how best to tackle the related ethical issues. Yet there were none to be found. In fact, while the previous version of the document (released in 2007) included guidelines on at least some ethical issues in the diagnosis and treatment of dementia, in the latest version they were absent entirely.

While this may be partly due to the difficulty in achieving a consensus among experts on ethical issues in this area, such an endeavour is certainly not impossible, as Canada’s Tri-Council Policy Statement proves, since it includes guidelines on how those with dementia should be included in research. Yet it seems a bit worrying that, while Canada has advice for scientists conducting research on those diagnosed with dementia, it has none for clinicians trying to care for them.

To illustrate one of the many ethical issues involved in dementia care, consider the following scenario. Imagine you are a gerontologist and an elderly patient walks into your office complaining that he has been experiencing some memory loss lately and wants to know if you could test him for dementia. You might imagine he would be relieved to learn that there have recently been advances in the diagnosis of mild cognitive impairment. For example, Alzheimer’s Disease, the cause of over 90% of dementia cases, can now be tested for by using (e.g.) magnetic resonance imaging, positron emission tomography scans and tests on cerebrospinal fluid. On hearing of this, your patient may be hopeful of catching problems with memory, thinking, judgement and speech before they become worse, forestalling or even possibly preventing dementia.

For professionals such as nurses, doctors and pharmacists, even small mistakes in judgement and problems in mental functioning can have important repercussions, even if they don’t get in the way of normal day-to-day life. Such professionals may be especially worried about the effects of Alzheimer’s Disease on their work and may wish to request early retirement. A diagnosis of “preclinical Alzheimer’s Disease” could help the individual in such a request. These advances also make it easier to recruit individuals to clinical trials aimed at preventing or at least delaying dementia. Early diagnosis may help slow the development of symptoms in some people and help patients plan and prepare for their future. Undergoing a test can also help rule out certain causes of dementia, such as Alzheimer’s Disease, which would mean that symptoms of memory loss may instead be due to heart or lung issues that are treatable. So, why not administer such a test?

While early diagnosis is certainly beneficial for researchers and those who want to participate in clinical trials, things aren’t so simple for most patients. The shock of being diagnosed with “preclinical Alzheimer’s Disease” would be extremely stressful and could affect the patient’s view of their life significantly. Yet it is uncertain that a patient diagnosed with “pre-clinical Alzheimer’s Disease” would necessarily have developed dementia anyway. There is also a stigma attached to the diagnosis and it has very real social repercussions. It would be more difficult to get health insurance, life insurance and employment. As the disease progresses, patients also reach a stage when they are unfit to drive, so it is recommended that those with a diagnosis of early Alzheimer’s be tested frequently. (Most Canadian provinces require clinicians to report a patient to the Ministry of Transportation whom they feel is unfit to drive, often resulting in their driver’s license being revoked.) Last but not least, dementia is currently incurable, and there have been very few advances in treatment. With all these factors in mind, is it really worth administering a test for dementia?

These issues are unlikely to disappear, even if they could be forgotten by some. Alzheimer’s disease is the second most feared disease in Canada (after cancer). In fact, fear of dementia is one of the factors that causes people to delay seeing a doctor about it. Sadly, the prevalence of dementia is also very high, affecting 36 million people worldwide and half a million in Canada alone. With our aging population, this number is set to rise, and it is estimated that by 2038 there will be 1,125,000 people suffering from it in Canada. Given this, it is not unreasonable to expect more people making appointments with their doctor to report memory problems and request a test for dementia. Thus, the ethical issues inherent in the relationship and interactions between a patient with dementia and his or her physician need to be discussed and resolved.

While there are academics and specialists offering suggestions for what should be done on this and other ethical issues in dementia care, and while many other countries have their own guidelines on these issues, it would be nice to receive guidance from a representative group of specialists in Canada, who can take into account the Canadian context and the latest advances, something that, until the beginning of this year, Canada had in place. Given the number of people directly and indirectly affected by dementia, it is not an issue that we should forget…