I have a few questions for all you women out there. Be honest. Is your libido a bit less lively than it used to be? Are there times when you’d rather watch reruns of Mad Men than have an intimate encounter with your husband? When engaged in foreplay, do you ever think about the grocery list? When you read surveys claiming that average married couples have sex three times a week, do you wonder who these people are? 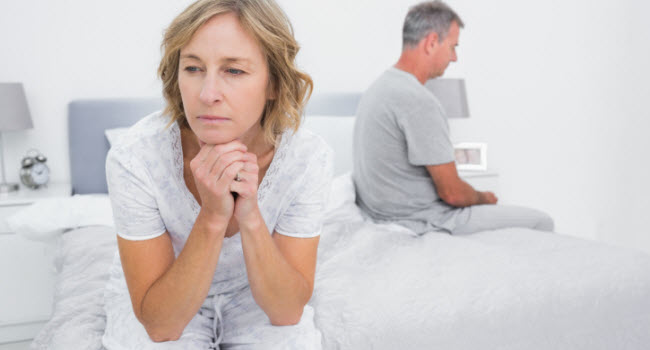 If you answered yes, I am sad to say you may have a psychological disorder, broadly known as FSD (female sexual dysfunction). Variants include HSDD (hypoactive sexual-desire disorder) and SIAD (sexual interest/arousal disorder). Ask your doctor. Help is on the way. Soon there’ll be a pill for that.

The search for the female Viagra is the Holy Grail of the pharmaceutical industry. Early candidates have bombed out. But now, a promising new treatment is in the works. It’s called Lybrido. The New York Times Magazine ran a long cover story about it last month. If Lybrido pans out, it could restore the sexual enthusiasm you had on your honeymoon. It would also swell the profits of the drug industry, which hit the jackpot with Viagra. Viagra began as a geriatric drug but soon became a lifestyle-enhancer for men of all ages. The market for erectile-dysfunction drugs is now worth more than $5-billion a year.

Personally, I’m not sure whether it’s desirable, seemly or even (quite frankly) safe for senior citizens to copulate like jackrabbits. But the pharma industry does not agree. It is busily promoting the notion that waning sexual desire – something most people might regard as “normal” – is, in fact, a problem that can and should be cured.

How many women suffer from FSD? More than you think. Some experts say 10 to 15 per cent. Some say 30 per cent. Some say more than 40 per cent. These things can get a bit subjective. You probably remember the old Woody Allen movie, where Woody’s analyst asks: “How often do you sleep together?” and Woody says, “Hardly ever! Maybe three times a week.” And Diane Keaton says: “Constantly! I’d say three times a week.”

Female sexual dysfunction is a classic example of “diagnostic inflation,” argues Allen Frances, a leading psychiatrist whose new book, Saving Normal, is a damning indictment of the galloping medicalization of everyday life. “The business model of the pharmaceutical industry depends on extending the realm of illness – using creative marketing to expand the pool of customers by convincing the probably well that they are at least mildly sick.”

Pharmaceutical companies are having trouble coming up with breakthrough drugs for illnesses that already exist. Consequently, points out Tamara Kayali, a postdoctoral research fellow at Dalhousie University who specializes in bioethics, “The next best thing is to invent the disease, and sell the drug to fit that.”

Dr. Kayali tells me that the whole idea of “normal” female desire is laden with cultural assumptions. Not long ago, well-brought-up women weren’t supposed to think about sex at all. Now they’re supposed to pole-dance into their 80s. Why, she asks, are sexual norms still defined by (and for the benefit of ) men? “This assumption that we’re all supposed to be having wonderful sex all the time, and that that will make your relationship stronger, might just be a red herring.”

And if a woman’s sexual appetite wanes in middle age, why is that her problem? “You’re assuming it’s the woman who needs fixing,” she says. “Maybe we need a pill for men that will lessen their desire for sex.”

Dr. Frances sees a bigger problem. In many areas of behaviour, we’ve set the bar so high that the space occupied by “normality” is being squeezed almost out of existence. “Our society is becoming increasingly perfectionistic,” he writes in his book. “Falling short of complete happiness or failing to have a worry-free life is too often translated into mental illness.”

The results are all around us. ADHD (otherwise known as Born in December syndrome) is rampant among little boys. If your kid has awful temper tantrums, it’s no longer just a phase she’s going through. She may be diagnosed with DMDD – disruptive mood dysregulation disorder. There are pills for that, too.

Dr. Frances is no crank. Mental illness can be devastating; drugs used well “can be a godsend,” he writes. But diagnostic inflation has produced an epidemic of disease-mongering and medication misuse. One in five Americans takes at least one drug for a psychiatric problem. In Canada, antipsychotic drugs are being prescribed to three-year-olds. For Big Pharma, psychiatric drugs are now the motherlode.

Yet for many of life’s trials and disruptions, the best remedy is time. The problems that seem so overwhelming today will eventually resolve themselves. The irritating kid will grow up and leave (well, with luck), and you and your husband will probably like each other more and start having sex again. Or you’ll compromise. Or you’ll find somebody new. (Monogamy, it turns out, does not inspire desire, especially in women.) People are resilient, and they cope.

But what happens to our coping skills when normality is redefined as illness? What happens when we’re told the answer to our problems is not resilience, but a pill? What happens when half of us become helplessly dependent on our meds? I’m not sure I want to know. But I’m pretty sure we’ll be finding out.